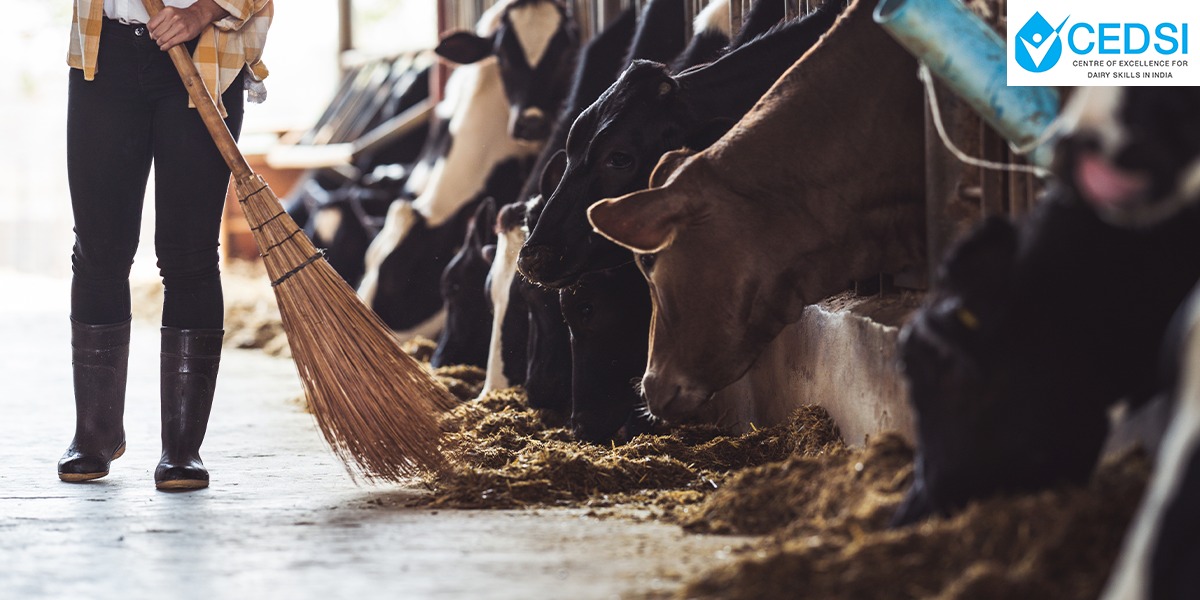 You must have heard the term ‘Blockchain technology’, especially in the last few years. Blockchain was born in 2008 by a person (or group) with the pseudo name ‘Satoshi Nakamoto’ to set out as the Bitcoin’s public transaction ledger.

In layman’s term, blockchain is a digital record of transactions.

But how is it beneficial in the dairy sector?

Dairy traceability is used to trace the milk and milk products’ journey via various routes – production to its final consumption. Unlike years ago, there has been a decline in the connection between dairy producers, processors/manufacturers, merchants, and buyers. Very little or no information reaches consumers.

Although the dairy supply chain members retain different data, they mostly lack communication and coordination. Such a lack of interaction amongst the farmers and consumers, accompanied by the dairy industry’s globalization, has raised a demand for a better traceability system for India’s milk and milk products.

In modern scientific literature, the usage of Blockchain technology and the IoT is viewed as the potential solution to enhance traceability in the agri-food supply chain arrangement.

Let’s talk about this in detail.

What is Blockchain technology?

A blockchain is a shared, public archive that registers transactions digitally.

Blockchain is a technology that can enable individuals and institutions to make immediate network transactions without any mediator (when decentralized). Transactions conducted on the blockchain are entirely secure and stored as a record of what has occurred as a role of blockchain technology.

Cryptographic encryption algorithms assure that no blockchain transaction document can be modified after a particular event takes place. Blockchain is a decentralized and shared ledger where blocks comprising a collection of transactions are joined together by a cryptographic hash.

Blockchain and the Indian Dairy Sector

We all agree that each one of us holds at least one milk product at home daily, rarely are we conscious of the comprehensive string of steps that the staple product moves through to reach our house.

As the dairy goods in the market are becoming ever more diverse, the supply chain is getting complicated and vast, necessitating trustworthiness. Here precisely, a Dairy Supply chain blockchain appears as the only solution to the trust and quality dilemma.

Unlike the Westward, milk producers in India remain highly unorganized, which ends in incompatible milk quality and composition. They lack granular, actionable information to improve their operations.

India being the world’s largest milk producer, with 22 percent of global production, there is an urgent need to enhance not just productivity, quality but also connectivity and transparency.

The use of blockchain in the dairy industry guarantees to build confidence in the goods, which eventually raises the demand for the package. This covers the secure handling and storing of official records and digital authentication to uphold intellectual property rights and patent systems, introduce transparency throughout the supply chain, decrease food fraud, and heighten food safety.

Blockchain is the next disruption in the technology world and is not only being studied but also adopted by various sectors, including business, hospitality, pharmaceutical, banking, all over the world. Incorporating blockchain in the Indian dairy sector will improve food quality and control safety and create a decentralized platform that’ll connect farmers and consumers