In India, dairy farming is closely associated with agriculture. Originally, dairy farming was looked at as a family business, passed down from one generation to the next. However, as time passed, it entered a new era where things became much more organized and technologically advanced. Thus, dairy farming soon turned out to become a much more profitable sector.

In colonial India, dairy farming was turning into a loss-making business for most farmers. They had to deal with low productivity and high costs. Quite a fair amount of money was also needed for the upkeep, vaccination, and milch animals’ fodder. Most farmers were too poor to avail of better facilities or advanced techniques.

At one-point, dairy farmers started to shirk away from this business. Those people who continued with dairy farming faced challenging difficulties and only reared cows to satisfy the milk requirement in their own family. The surplus milk was often sold off in various milk collection centers. However, the entire dairy farming scenario in India changed with the beginning of the White Revolution in the 1970s.

Significance of the White Revolution in India

Dr. Verghese Kurien, a social entrepreneur, and philanthropist came up with the White Revolution idea. Also known as Operation Flood, his brainchild gave way to the “billion-liter idea.” The revolution’s principal object was to create a self-sufficient country in terms of milk production and improve the productive output of milk and several milk-based products through precise and effective management of cattle and other milch animals.

Milk production in India was stagnant between 1950 and 1960, and the yearly production scale was negative for many years. The year-long aggregate growth rate in milk production in the first ten years after independence was only 1.64 percent. During the 1960s, things got worse, and the growth rate declined even further and reached 1.15 percent.

However, during the late 1960s, the Indian Government initiated significant changes in its policies regarding the dairy sector to attain self-sufficiency in milk production. This policy drive gave an impetus to dairy farming and milk production in India. It inaugurated the process of stabilizing the much-needed connections between rural dairy producers and urban consumers.

One of the driving forces behind the White Revolution’s success in India is the livestock population trends. Although India did great in terms of the total milk population and livestock population, it lacked behind when it came to productivity. Therefore, cattle owners engaged in the crossbreeding program and adequate fodder availability and feed throughout the year. Eventually, the crossbred cows turned out to be more productive compared to indigenous ones. For instance, the average milk productivity of crossbred cows in Punjab was 8.36 liters/day, whereas it was 2.88 liters/day for indigenous ones.

Therefore, Operation Flood Programme (OFP), for the first time, understood the necessity of rural dairy farmers and milk producers and paid attention to their absolute development. It performs a critical role in bringing about new improvements and developments in Indian Dairy Entrepreneurship. The OFP also installed milk producer’s cooperatives in many villages and made it possible for them to avail of modern technologies and techniques.

The prospects of Modern Dairy Farming

At present, India ranks first in the world in terms of milk production and dairy products and is home to about 12 million dairy farmers living in more than 22 states, all across the country. There are currently about 250 dairy plants in India that handle around 20 million liters of milk daily.

Since the White Revolution, milk production has increased by about 4 percent every year. It went from 22 million tonnes in 1970-71 to 187 million metric tons in 2019-20. Even the per capita availability of milk has increased from 107 to 394 grams/day as of 2018-2019. India set up its first automated dairy plant in Gandhinagar (Ahmedabad), and it can handle 1,000,000 liters of milk per day. Numerous domestic cooperatives have mushroomed, and quite a few of them have now emerged as major players in the world market.

Furthermore, potential dairy farmers can also use a wide range of tools and programs that offer more viability to the dairy business. For instance, to improve cattle genetics, farmers can use artificial insemination (AI), one of the most convenient and affordable biotechnological tools. At present in India technology is there that evaluates these AI programs’ performance through an application INAPH (Information Network for Animal Productivity and Health) by capturing data such as animal breeding, nutrition, and health in their national database. Analysis of the data helps in adopting more scientific breeding methods, boosts production efficiency, and allows the stakeholders to make effective decisions for increasing their coverage in the business. Dairy farmers can get this AI program at their doorstep and receive relevant training from AI professionals and technicians at the skill training centers.

Can India compete with Western Countries in terms of Dairy Entrepreneurship?

At present, India cannot compete with European Countries or the United States in terms of export trade of dairy products. Although the production of milk is limited in these countries, it is highly subsidized. The main hurdles faced by the Indian dairy industry are related to sourcing and logistics. There isn’t enough infrastructure facility or cold storage to increase the yield.

However, India is making a gradual shift in the positive direction because of promising “consumption dynamics” produced due to the increasing demand for packaged milk and value-added products. Thus, the growing middle class and their increased levels of consciousness and needs make the future for profitable dairy entrepreneurship look bright.

Moreover, according to existing reports, India contributes over 21% of the global milk output.

India’s growth in terms of milk production improves every year, which further makes it a booming industry for entrepreneurship. Various factors are working behind the success of the dairy industry in India. These include genetic improvements via adequate and quality feeding, care management, and more.

An increased milk processing capacity might influence the procurement of quality milk. So, the future of Indian dairy farming depends upon its ability to improve its backward chain integrations, developing infrastructures, and the maturity and competitiveness of rising dairy sectors. To explore more on how to become a Dairy Entrepreneur in India contact CEDSI Team via Email – info@cedsi.in 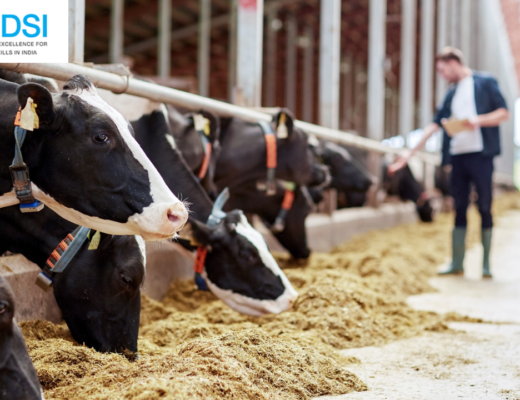 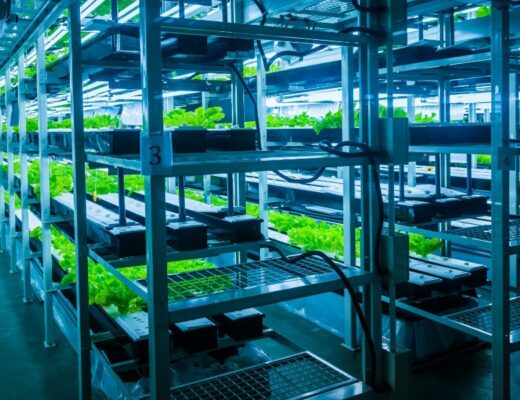 4 Replies to “Dairy Farming in India”